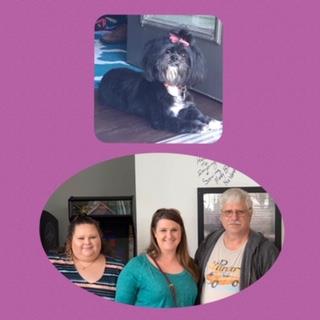 Back as far as I can remember, I have always loved working with children and have always wanted to be a teacher.  I use to babysit, not just my younger brother and two younger sisters, but I was entrusted with infants as young as two months old when I was only eleven years old.  Childcare just came so natural for me.

I graduated high school in 1976 and college was not something that was planned for in our family.  Actually, I can’t even remember talking about college with my parents.  I started working half days at A&W in my senior year of high school.  After graduation, I went to work for K-Mart.  These were just jobs to me.  I decided then that I was going to go to college.  I wanted to be a teacher.  I wanted to go to Emporia State in Kansas but didn’t even begin to know how to start the process.  Then, in 1977 I met a man and fell in love.  College wasn’t my first priority anymore.  We got married in 1978 and have been married now for 39 years.  After realizing just working at K-Mart didn’t give us the monetary means to do everything we wanted to do, I then attended Business College where I received a degree in professional accounting.  I was a straight A student, received a good job, but something was still missing.  In 1982, I decided to go back to college and get my teaching degree.  I attended Friends University in Wichita, Kansas until my daughter Jennifer was born in 1984.  I stayed at home with her until she was two, then went back to work as an office manager for a Honda dealership and worked part time in the nursery at the YWCA as assistant director.  In 1990, Michelle was born and I also stayed home with her for the most part but worked part-time as a parent-child swim instructor because I could take her with me.  My schooling was placed on hold while I prepared my daughters for theirs.

After moving to Austin in 1998, I started back to school.  At the age of 40, here I was just starting out when some teachers were beginning to reach their retirement at this age.  I was determined to do this though.

I have worked as a special education paraeducator in a low-income elementary school for four years in Bossier City, LA.  We had a generic classroom with K-5th grades.  Our children had mostly behavior and emotional disorders.  I had a wonderful mentor.  It was then that I decided I wanted to be a special education teacher instead of a general education teacher.  I knew I made a difference in these children’s lives just by being the one constant thing in their lives.  After moving to Austin, I began substitute teaching.  I did that for four years prior to moving to Houston 13 years ago.  I substituted in PPCD, K-5th, Resource, ICAP (Individual Community Academic Program - equivalent to our Life Skills program) including grades K-12th, and even ventured out to 7th grade Language Arts.  I enjoyed every opportunity I had to work with children in different classrooms, but I also found out that I am not comfortable working with special needs above the 5th grade.

I began substituting with Pearland ISD in 2003.  I took a long-term position working as a behavior modification teacher at C.J. Harris Elementary.  I loved it.  I also held a long-term position as half-day resource teacher, also at C.J. Harris.  Before graduating from the University of Houston-Clear Lake with a 3.92 grade point average and receiving my teaching certificate EC-4 Generalist with EC-12 Special Education in 2008, I was employed full-time with Pearland ISD as a Life Skills paraeducator here at Carleston Elementary.  I graduated in May 2012 with my Masters of Education with specialization in Exceptionalities from University of St. Thomas in Houston.  I have completed the 30 hours of Gifted and Talented training and plan on taking my GT Certification test this year.

Other teachers have said that I just seem “so comfortable with children, especially these children” but then others say, “Why in the world would you want to teach these kids?”  My answer is because I love teaching and that is where my heart is and I know I can make a difference in these children’s lives even if it is just a small one.