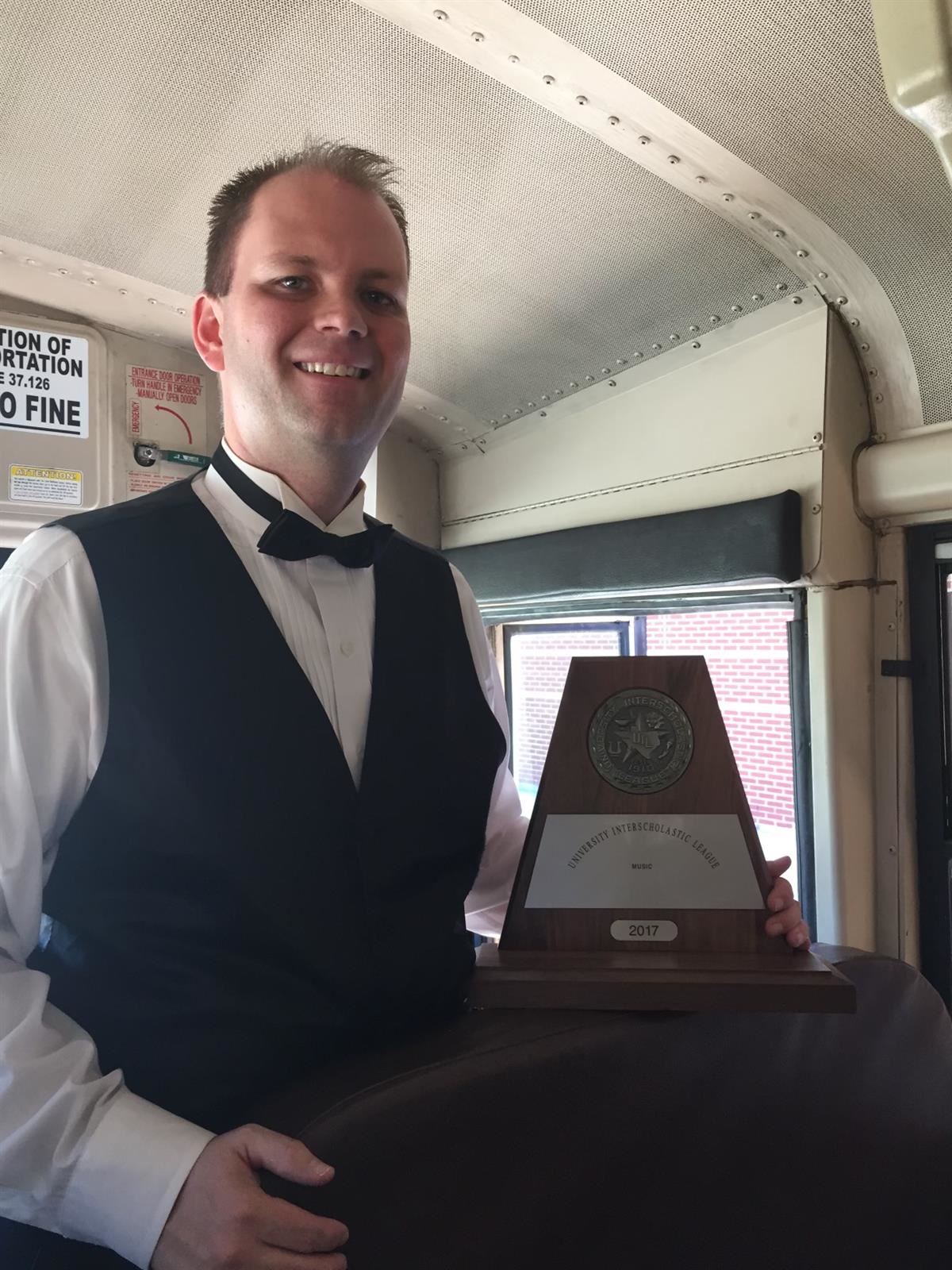 Mr. Linder is a 1999 graduate of Pearland HS and loves being able to teach in his hometown.  After high school, he attended the University of Houston where he studied trumpet and music education.  After attending U of H he worked as the assistant band director at Dulles Middle School in Sugar Land where he also met his wife Holley who was also a band director in FBISD at the time.  In 2005 Mr. Linder returned to Pearland ISD as the band director at Pearland JH East, then in 2007, he moved over to Pearland JH South and Sam Jamison MS where he has been now for 12 years.  The band program at PJH-South has grown tremendously over the past 12 years and has received many awards for their outstanding performances.

Mr. Linder and his wife Holley, now an elementary music teacher in Fort Bend ISD live in Missouri City with their twin daughters who are 8 years old.  Mr. and Mrs. Linder play weekly in their church orchestra and Mr. Linder co-teaches an adult Bible study class at the church.  In his free time, Mr. Linder enjoys spending time with his family, riding bikes and working in his yard, and going on road trips.   Mr. Linder’s favorite restaurant is Gringos, his favorite fast food is Whataburger (although Chick Fil A is a really close 2nd).   When stopping at Starbucks in the early morning he enjoys a Grande Non-Fat Latte with 1 Splenda.

Ms. Fickel is beginning her first year in Pearland ISD as an assistant band director at Pearland Junior High South. She directs the Symphonic Band and teaches the flute, saxophone, oboe, and bassoon beginner classes at Jamison Middle School. She has a bachelor's degree in Music Education from the University of Houston. Ms. Fickel likes to cook, go for hikes and bike rides, and watch new movies and tv shows. She also loves to play her bassoon in the Sugar Land Winds ensemble with many fellow teachers from around the Houston area. Ms. Fickel is a member of the Texas Music Educators Association, Texas Bandmasters Association, and Sigma Alpha Iota women's music fraternity.

Mr. Nicholas Bretzke is enjoying his first year of teaching at Pearland Junior High South and Jamison Middle School. Mr. Bretzke attended the University of Houston, where he was a member of the Wind Ensemble, Symphonic Winds, Opera Orchestra, and the Spirit of Houston Marching Band. He also performed at music festivals in Vancouver, Canada, and Johnson City, Tennessee. He is very excited to be working in Pearland ISD and is looking forward to making great music!

Outside of school, Mr. Bretzke loves to play sports such as football, ultimate frisbee, and soccer with his friends. He is also an active musician in community bands and his church band. He loves to go to baseball games whenever he can and is a big fan of the 'Stros! Mr. Bretzke also loves to try new food and is always looking for a great bite to eat in the Houston area.

Mr. Bretzke's favorite food is tacos and loves to drink boba tea. Although he doesn't watch many tv shows, he's always looking for his next favorite movie!