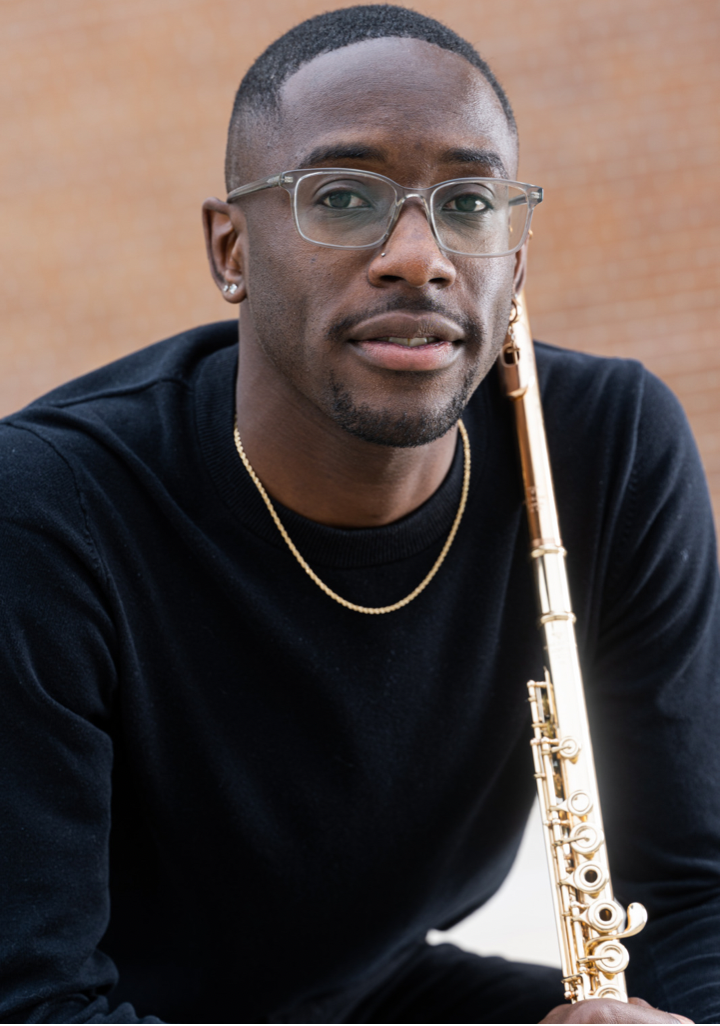 TYLER MARTIN joined the Houston Grand Opera Orchestra in the 2021–22 season and is a substitute flutist for the Houston Symphony Orchestra and Houston Ballet. He has performed with the symphony orchestras of Chicago, Seattle, Fort Worth, Omaha and Missouri and worked with esteemed conductors like Cristian Marcelaru, Miguel Harth-Bedoya, Teddy Abrahms, Michael Stern, Eun Sun Kim, Dame Jane Glover, Patrick Summers, and Larry Rachleff. He is a prize winner of numerous competitions, including the Houston Flute Club, New York Flute Club, Austin Flute Society, and National Flute Association’s Orchestral Audition Competition. Additionally, he was a semi-finalist in the 2021 Young Concert Artists international auditions. This past summer he attended Spoleto Festival USA, the National Repertory Orchestra, and was on faculty for the 2022 Virtual Flute Music Festival. He has been featured as a guest artist at the 2020 National Flute Association Convention and gave a nationally broadcast solo recital and interview as a 2022 Young Artist in Residence for American Public Media’s Performance Today. An avid performer of new and contemporary music, he performs with Houston’s new music collective Musiqa and is the dedicatee of works for flute and piccolo written for him by composers Joy Guidry and Alex Berko.

Tyler plays on a handmade 10K Powell Flute with a 19.5K Powell Lumina headjoint and a Powell Signature Piccolo with a Mancke Kingwood head joint.

His pronouns are He/Him. 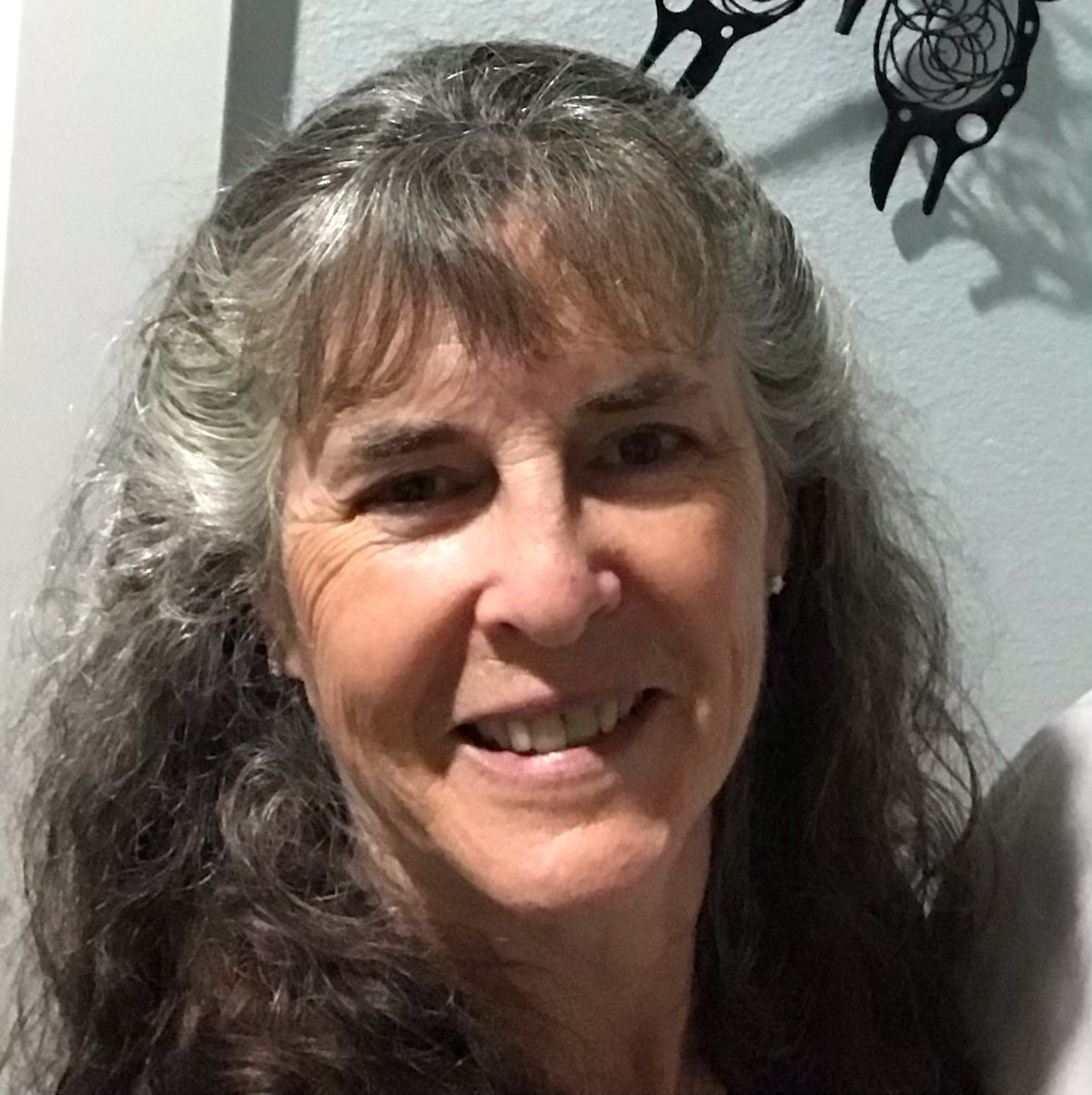 Since moving to Pearland in 1987, she has taught flute lessons to beginner, junior high and high school students, instructed masterclasses, organized mock auditions, coached ensembles and judged for junior high, freshman and high school region competitions. Her students have consistently auditioned successfully for junior high, freshman and high school region including 13 Texas All-State placements. Her goal as a teacher is for her students to be able to interpret the composer’s intent, develop confidence in self-directed learning, develop self-confidence through performing and come away with a deep love and understanding of the art of making music.

She is also an accomplished piano accompanist. When she’s not indoors with her first passion (flute teaching and piano accompanying), she’s outdoors gardening, hiking, kayaking and camping. She is a member of Texas Music Educators Association, National Flute Association and Houston Flute Club. 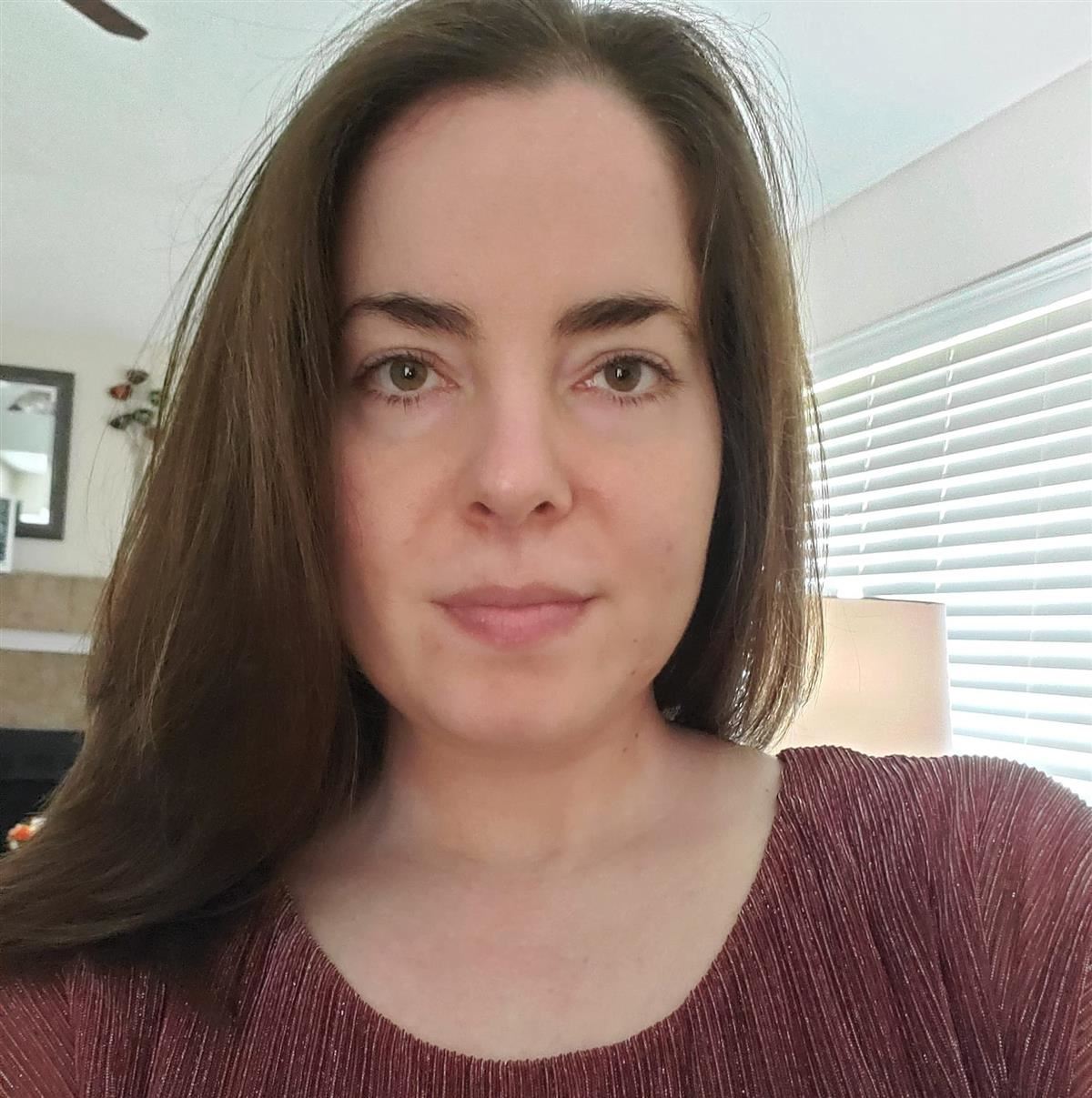 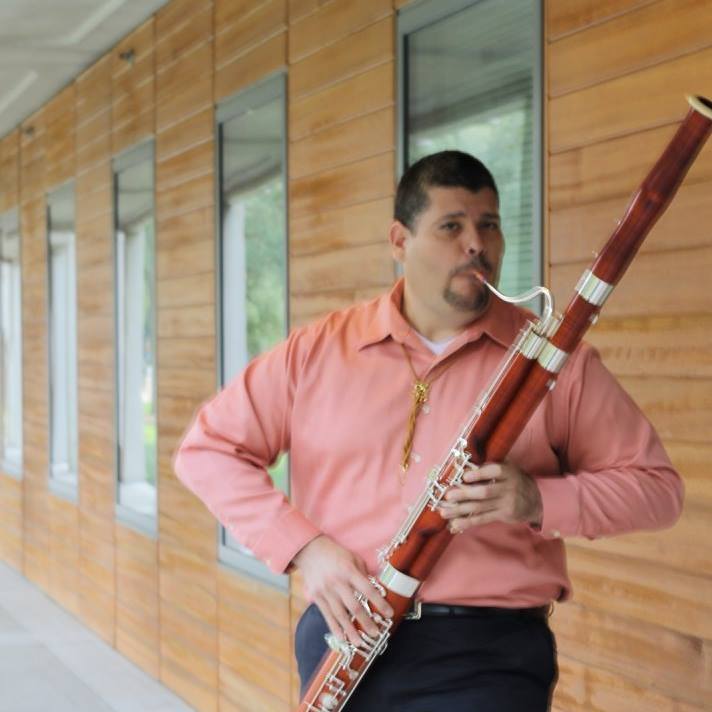 Hugo Alfred Doege is in his 10th year of teaching privately in the Houston Area. A graduate of West Texas A & M University in Music Education, Arizona State University in Music Performance, MM and additional studies at LSU, University of Iowa & University of Akron. Before arriving in Houston Texas, Mr. Doege had the pleasure of performing in several orchestras. Just to name a few, Richardson Symphony 3 seasons as Principal Bassoon, Orquesta Sinfónica de Monterrey, Mexico, Louisiana Philharmonic (New Orleans), Lake Charles Symphony, Beaumont Symphony, Shreveport Symphony & Baton Rouge Symphony. Many of his students have attended been accepted to universities and conservatories on full scholarship and won numerous competitions. Mr. Doege spends his summers attending double reed conferences and camps to continue honing his skills as a musician and pedagogue. Besides teaching Mr. Doege has experience in the retail industry, working at Whole Foods and in the banking industry. His motto is to get everyone that comes along his path to reach their highest potential and to leave with an everlasting appreciation for music! 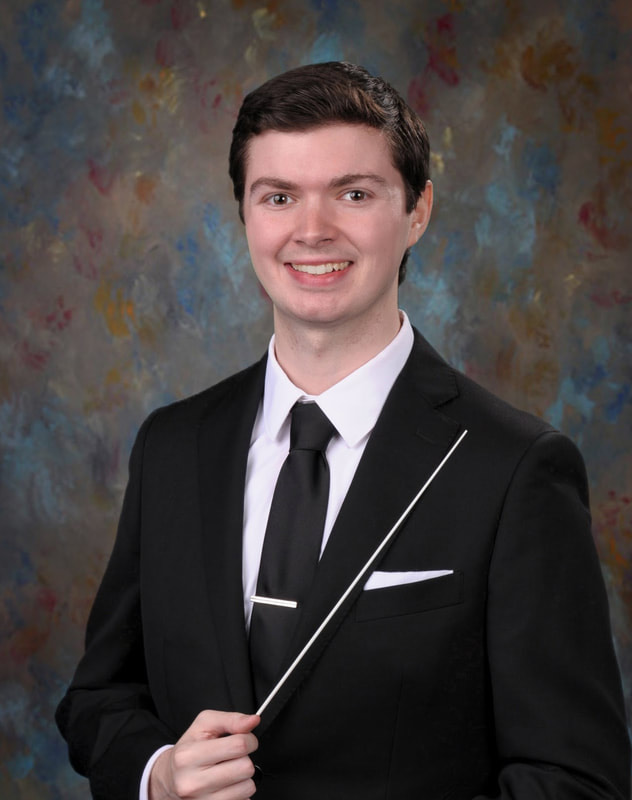 Travis Howell is a graduate of the University of Houston. (GO COOGS!) While at UH, he studied saxophone with Dan Gelok and completed music education courses with John Benzer, Cory Meals, and David Bertman. Mr. Howell was previously a band director in Clear Creek ISD, where he taught non-varsity band as well as beginner flute, clarinet, double-reed, and saxophone classes. Mr. Howell is a member of Texas Music Educators Association. 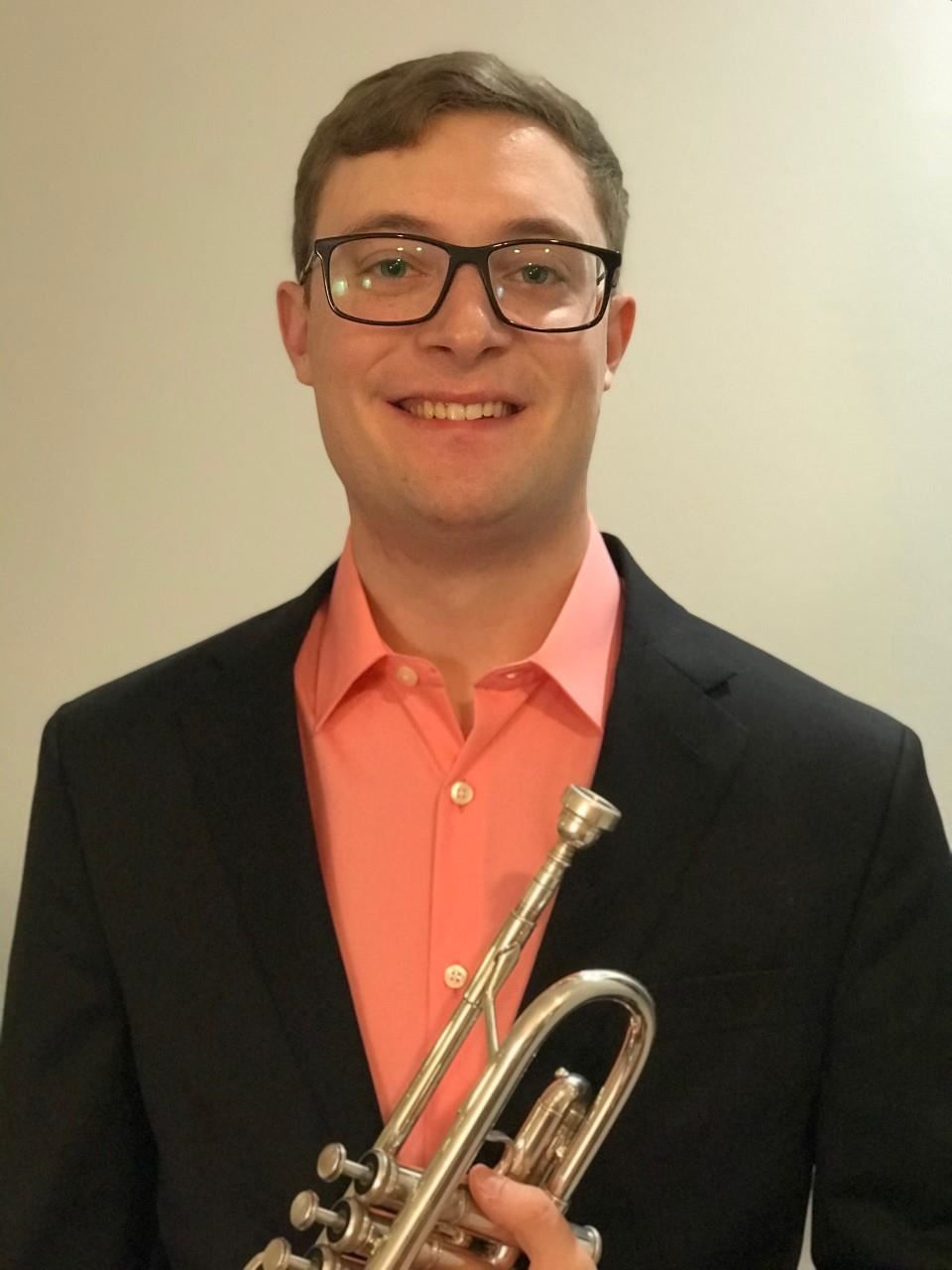 Noah Adams received his bachelor's degree in Music Education from the University of Houston where he studied primarily with Mark Hughes, principal trumpet of the Houston Symphony. He is currently an active freelancer and teacher in the Houston area with a studio of over 50 students. Mr. Adams’ students have achieved both Texas All-State success, as well as top seats in both the Virtuosi of Houston and the Houston Youth Symphony. In addition to his normal schedule, he has performed regularly with the Houston Symphony on pieces such as the Firebird and the Empire Strikes Back. Mr. Adams has also spent summers as a fellow and extra with the Texas Music Festival. 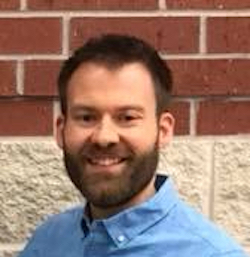 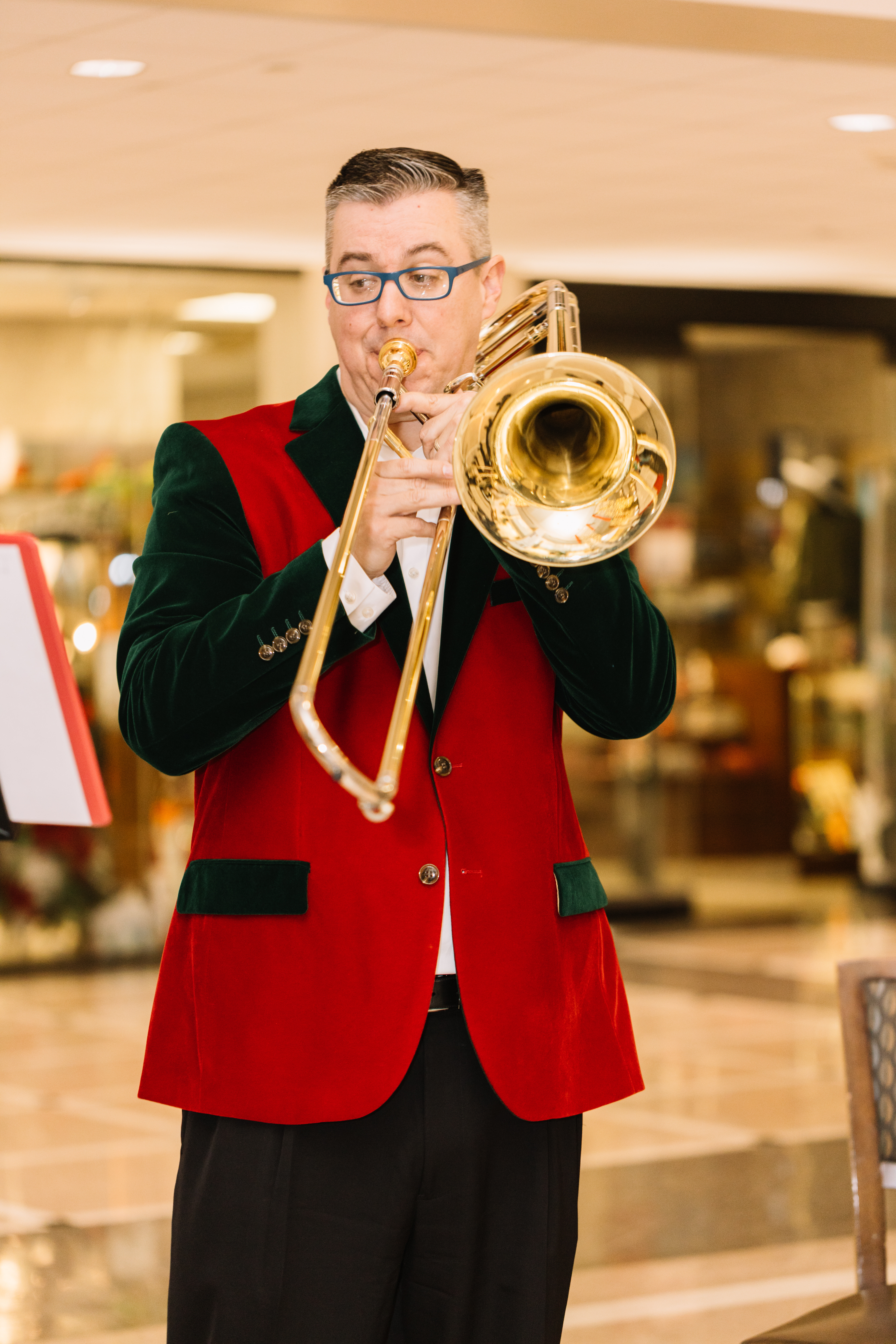 Brian Logan, a native of Pearland, is equally passionate about teaching and performing professionally in the Houston area. He has maintained a highly successful private studio for nearly 25 years. Mr. Logan’s students are consistently some of the most successful students in the Texas Music Educators Association (TMEA) audition process. Since 1999, he has had a student make Texas All-State 36 times, a student sit first chair All-State 5 times, and a student place in the top 5 chairs 26 times. Additionally, at the Junior High level Mr. Logan has had many successful students qualify for the Junior High All-Region and District Band. At Berry Miller JH alone, he has had First Chair Trombone JH All-Region Band 8 times and the school was only opened in 2008. 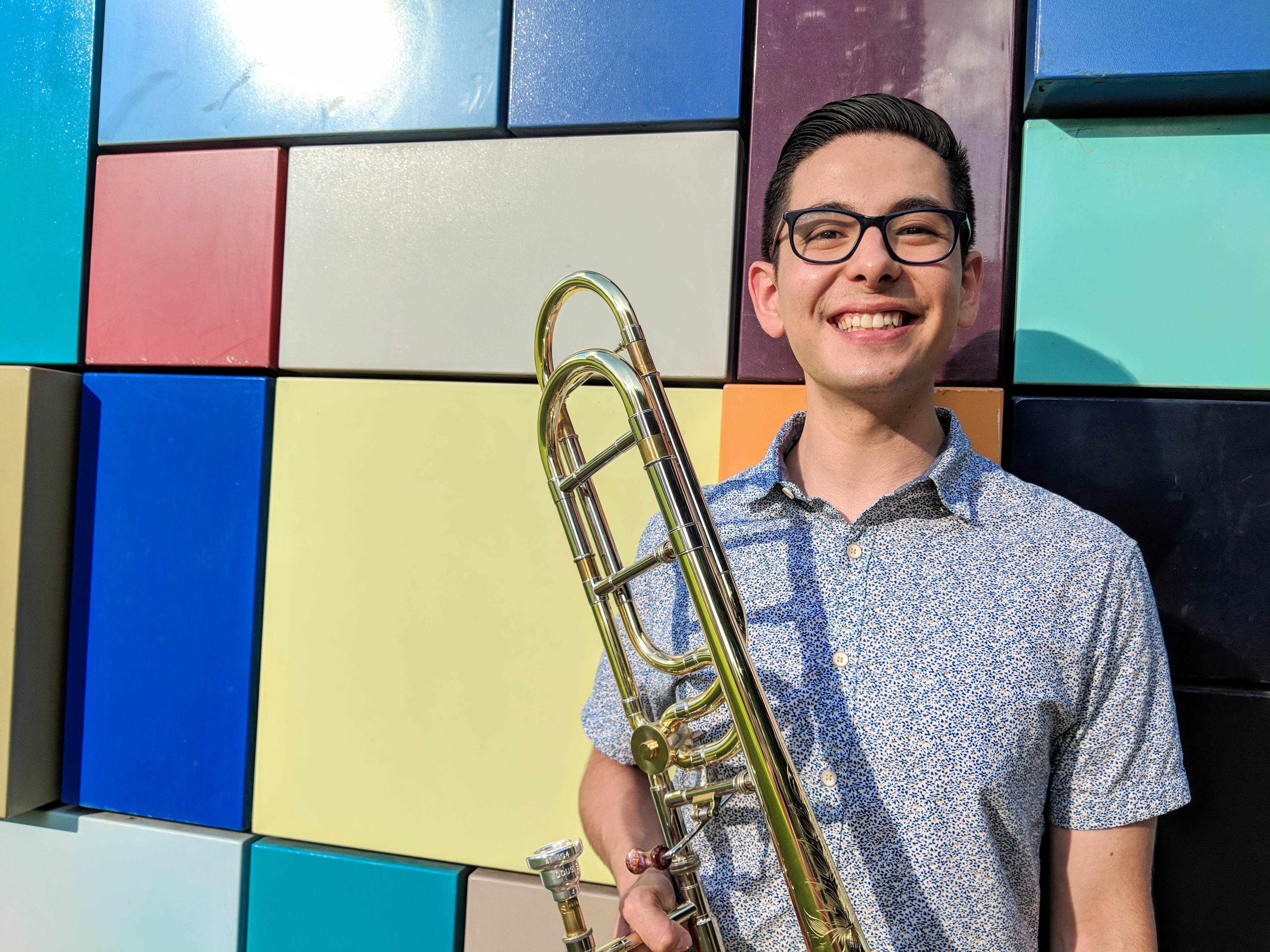 A native of Los Angeles, CA, tenor trombonist Harry Gonzalez is based in Houston, TX. He has performed with the Houston Symphony, the Houston Grand Opera, San Francisco Symphony, and San Francisco Opera. In 2019, he spent the summer touring and recording with The Orchestra of The Americas as co-principal trombone. Mr. Gonzalez was a winner of the Lewis Van Haney Philharmonic Prize at the 2018 International Trombone Festival. In 2016, Mr. Gonzalez attended the Aspen Music Festival. He spent two summers (17–18) as a teaching assistant for the Idyllwild Arts Summer Music Program in Idyllwild, CA. Mr. Gonzalez earned a Master of Music Degree studying under Allen Barnhill at Rice University’s The Shepherd School of Music as a recipient of the Samuel Morris Slack Music Scholarship. He earned a Bachelor of Music degree from The San Francisco Conservatory of Music in 2017, studying under Mark Lawrence. 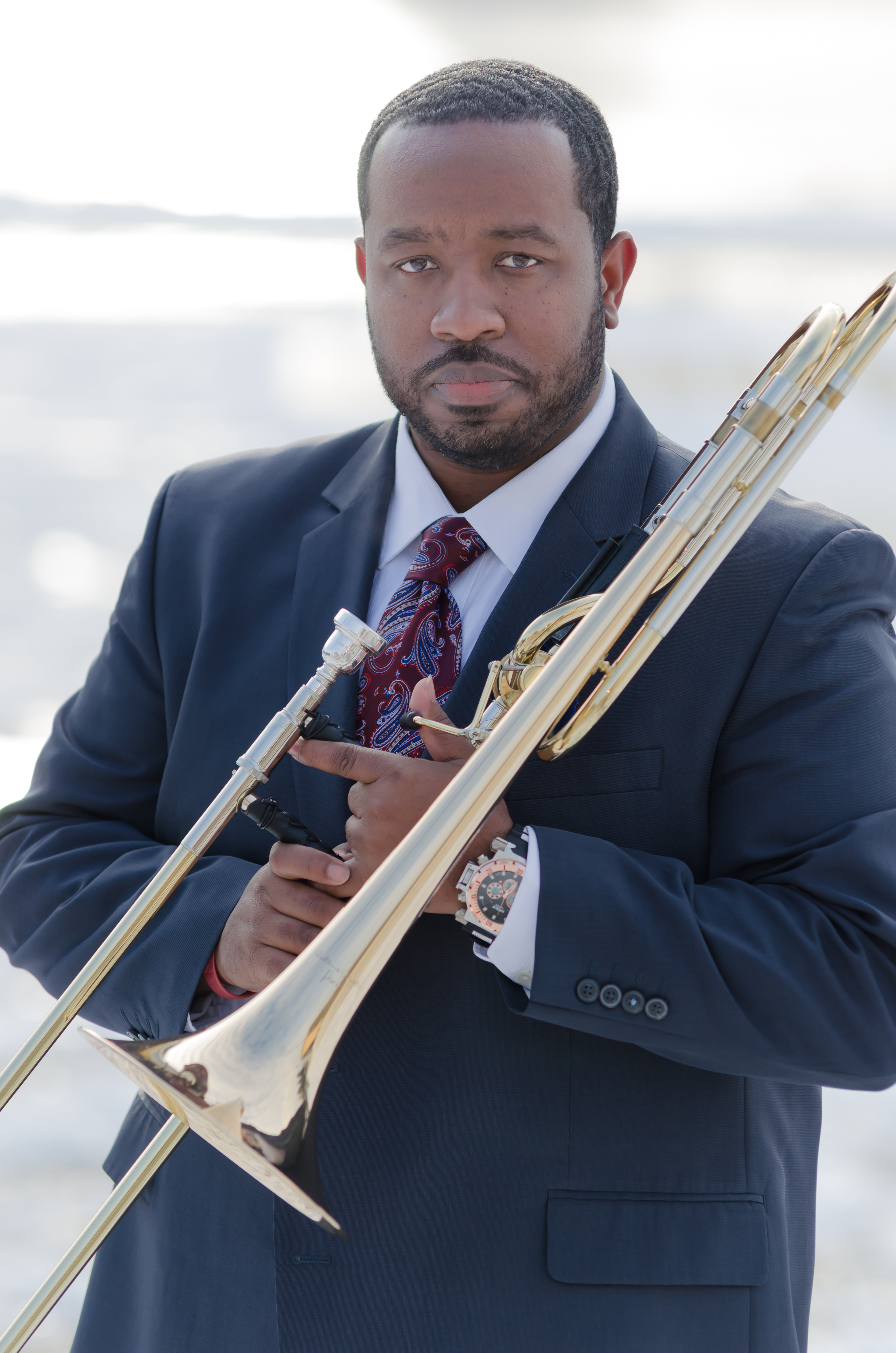 Born and raised in Houston, TX, Lance Laster is a trombonist with over a decade of teaching and performing experience. Lance has a bachelor’s degree in Music with Elective Studies in Music Education from the University of Houston and a master's degree in Trombone Performance from Temple University.

Prior to moving to Pennsylvania for graduate school, Lance taught middle school band for seven years at G.W. Harby Jr. High in Alvin, TX in the Alvin Independent School District. Currently, Lance is an adjunct Professor at Lone Star College and San Jacinto College. In addition to that, Lance is a frequent low brass and trombone private lesson instructor and clinician in the Houston area.

In addition to his teaching, Lance is also active in the Houston music scene. Lance played three seasons as principal trombone in the Texas Medical Center Orchestra, performed at Jones Hall with the Houston Symphony, the Free Press Music Festival and the South by Southwest Music Festival (SXSW) in Austin, TX. 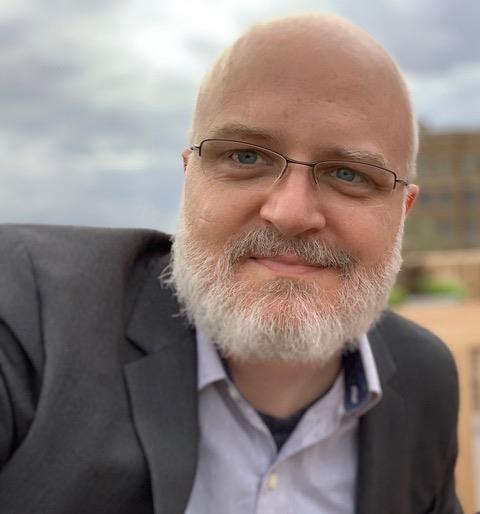 Luke Hubley is an active freelance percussionist who specializes in music theater and contemporary music. He has performed with several Houston-area theater companies including Theater Under the Stars, Alley Theatre, AD Players, Stages Repertory Theatre, Queensbury Theater among others. He has also performed with several contemporary music organizations including Aperio, MUSIQA, Liminal Space the Foundation for Modern Music, Da Camera’s Young Artists and has performed with the Houston Grand Opera HGOco, the Arkansas Symphony Orchestra, the Midland-Odessa Symphony, and the Texarkana Symphony Orchestra. Luke is an active music educator who serves on the faculty at San Jacinto College and has taught at the Moores School of Music at the University of Houston and Houston Community College. Luke runs a thriving private teaching studio and has helped several students successfully audition for collegiate music programs. Additionally, Luke works with the American Festival for the Arts. 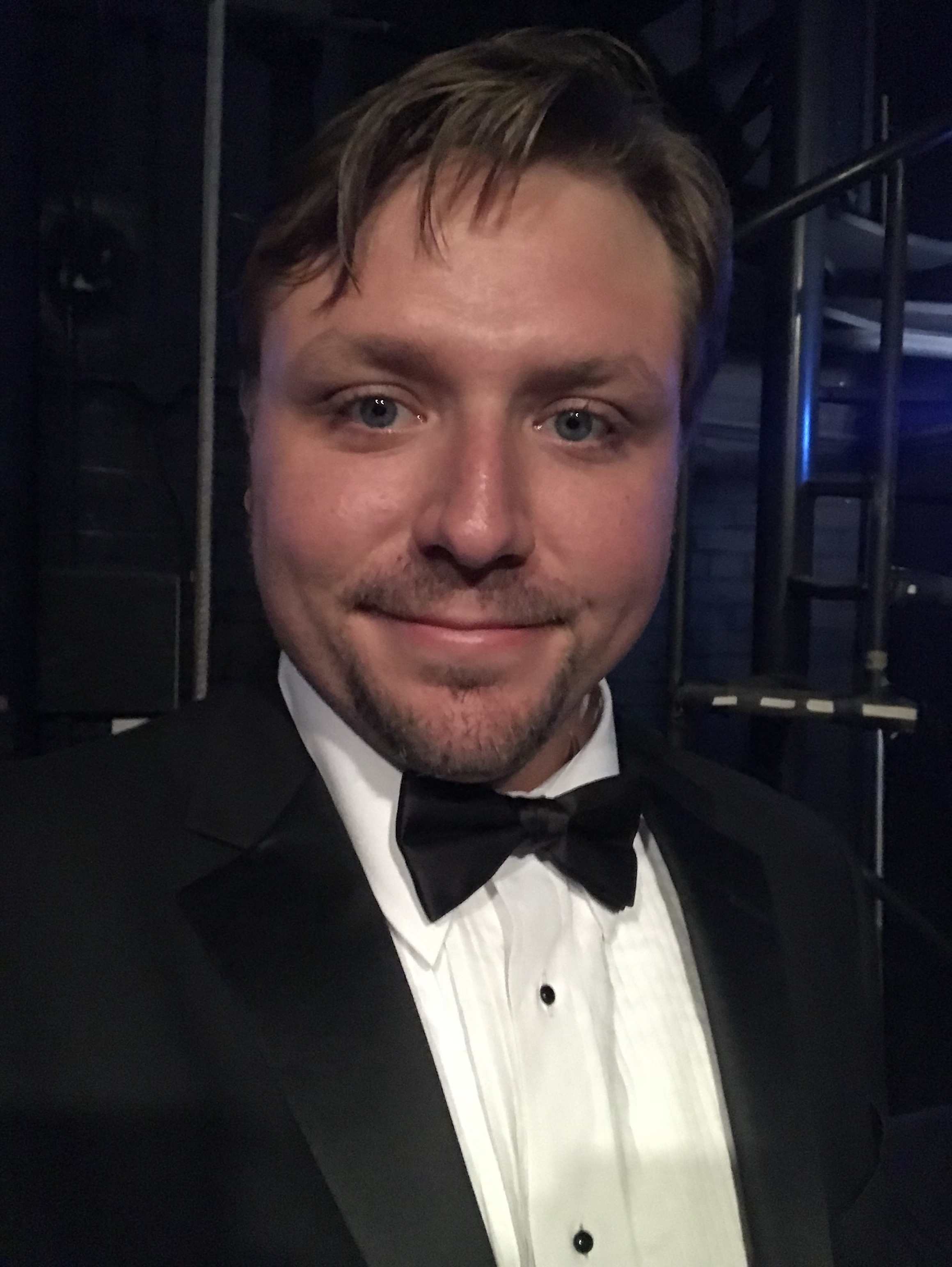 Aaron is a well-known freelance percussionist and educator based in Houston, TX. He received his Bachelors degree in music performance from Baylor University in 2009 where he studied with Dr. Todd Meehan. He was accepted to the graduate program at The Shepherd School of Music at Rice University where he attended on full scholarship. After completing his Masters degree in 2011, Aaron became an active freelance musician and has performed with numerous professional organizations throughout the nation. He most notably earned positions in both the Houston Symphony Orchestra and the San Antonio Symphony as a substitute section percussionist, and over the past ten seasons he has performed over 200 concert series with these renowned organizations. He has also made frequent appearances with the Houston Ballet and Theater Under The Stars broadway company, showcasing his diversity of musical styles. He is on staff and performs as Timpanist/Auxiliary percussionist for the weekly televised services at Second Baptist Church Woodway. He has been an active educator in the Houston area for the last decade, keeping a private studio of 20-30 students of all levels of education. He has given numerous masterclasses, summer camps and UIL clinics in over a dozen school districts in Texas. Aaron has been working with Chris Bennett as a clinician and private instructor since 2010 and has been in the Pearland ISD as an instructor since 2014.