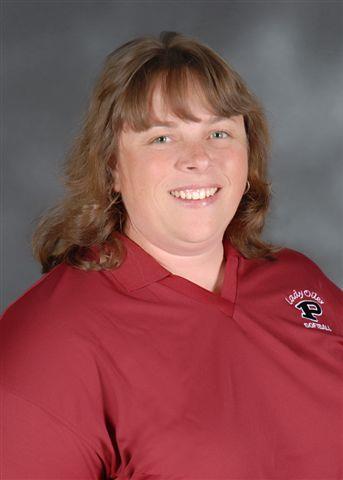 Coach Boyd is entering her 11th year of teaching in Pearland ISD. She taught 8th grade Reading for 4 years at Pearland Junior High South prior to coming to Pearland High School to teach Life Skills where she has been the last six years. She currently teachers Algebra I, Geometry, Math Models, Government and Economics. She, her paraprofessionals and students also run the Oiler Ink Print Shop at PHS. They print and create a large variety of different things including but not limited to copies, designing and printing business cards, binding books, creating and binding notepads, magnets, etc.  All money earned in the print shop goes directly to our kids for their Speical Olympics experiences.

Coach Boyd is also in her 11th season coaching Lady Oiler Softball here at PHS. During her time as an assistant, they have made four appearences at the State Softall Tournament in Austin, winning the 5A State Championship in 2010, earning the Runner-up spot in 2009 and 2016, and taking home bronze in 2011. Coach Boyd also coached volleyball for four years while at JHS.

She is a native of Deer Park, Texas, and received a B.S. Degree in Criminal Justice from the University of Houston. She was also a four year letter winner for Southeastern Louisiana University Softball Team earning numerous conference awards during her time there.  She is a member of the National Fastpitch Coaches Association and the TGCA.