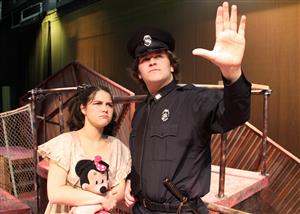 “Urinetown” received seven award nominations from Theatre Under the Stars, and from these, PHS swept up Best Musical Direction and Best Supporting Actor (Morgan Lenamon as Officer Lockstock) awards.

“We are proud that ‘Urinetown’ has received recognition for our students’ performance and grit. We thank our students, their families, choir alumni, PHS, the school district and community for supporting us all along the way,” Derrick Bready, director, said.

The Tommy Tune Awards Ceremony, held annually at the Hobby Center, was canceled this year because of weather, so “Urinetown” cast, crew, family and other supporters held a watch party at the school for the video broadcast of the awards announcement.