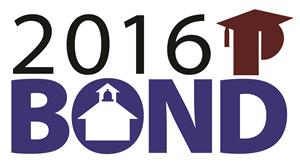 The Pearland ISD Board of Trustees has called for a Nov. 8 school bond election to address facility, security and technology renovations and upgrades as well as district enrollment growth.

After considering recommendations from the Long-Range Planning Community Advisory Committee and holding several workshops, trustees unanimously called for the bond election during their Aug. 9 regular meeting.

This is the first bond election Pearland ISD has held since 2006.

The $220 million bond election seeks to address facility issues identified as top priorities by the committee, campus and district personnel, architects and engineers as well as prepare for anticipated enrollment growth of 2,000 students in the next decade.

Issues include significant enrollment growth at Dawson High School, which was built for 2,000 students and currently has 2,500 as well as 16 portable classrooms.

The maximum tax impact of the bond will be 7 cents per $100 taxable valuation. For the first three years, the impact will be a 0-cent tax increase, which will rise to 7 cents at most in succeeding years.

The Long-Range Planning Community Advisory Committee comprised approximately 50 community members, business leaders, parents and teachers who met -- over a span of six months -- to tour campuses, talk with district and campus staff and seek feedback from the community.

Their work builds on multiple facility and demographic studies completed over the past three years.

In addition, district administration, principals and maintenance staff provided the board with input on the district’s current facility and program needs.

“If we do this work, we estimate that additional schools will not be needed for at least another 8-10 years. We do need to add capacity at several existing schools and ensure that all our schools have the necessary maintenance and upgrades to continue serving our students,” Superintendent Dr. John Kelly said.

For outstanding academics, the school district ranked No. 1 by Children at Risk among large districts in the Houston area and most recently was named the fourth best district in the state by WalletHub.

To vote in the November election, you must be a registered voter living in Pearland ISD before Oct. 11.

A list of polling places will be available closer to the election date.

To schedule an informational bond presentation for your community organization or civic club, email Kim Hocott.
For more information about the bond, visit https://www.pearlandisd.org/bond2016.