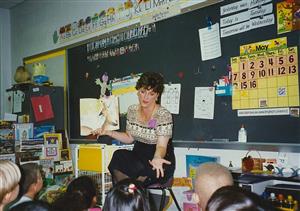 Throughout the years, Weimer has been a pivotal piece of Pearland ISD’s progress and success. In addition to opening Sablatura Middle School in 1997 and Pearland Junior High South in 2002 as their principal, she also opened Dawson High School and Turner College and Career High School as the supervising Deputy Superintendent and helped pass seven bond elections for school improvements and expansions. When she joined the district, there were seven schools, an administration building and a transportation facility in Pearland ISD. Today, there are 23 campuses and five facilities, incl 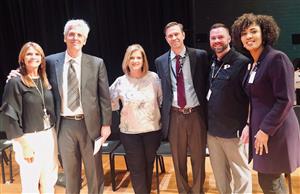 uding two transportation buildings, one agricultural and one maintenance & operations facility, as well as the Education Support Center.

But Weimer’s legacy goes way beyond her support of the district’s growth in brick and mortar. Known for her attention to detail, commitment to excellence and an incredible ability to problem-solve, the impact she has made in the lives she has come in contact with is remarkable.

A mentor and a sounding board to many principals and leaders within the district, her high standards and fair praise, along with her servant heart, make her an inspiring leader. Weimer is described by peers and direct reports as someone who is professional, honest, a stronger listener and whose valuable guidance has made them grow into stronger leaders.

Pouring herself into caring for others comes naturally for Weimer, who dedicated the first ten years of her professional career as a nurse, before serving in education. A champion for others’ success, she’s a strong advocate for students and for helping them overcome challenges. Unassumingly, she takes pride in supporting students find their gift, reach their potential and become successful in life. 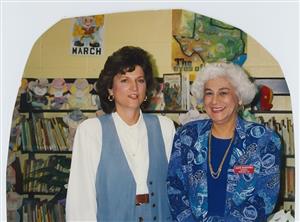 “She cannot be replaced,” Pearland ISD Superintendent Dr. John Kelly said. “But her legacy lives on in the people she has taught and led, many of whom are now in positions of district-wide leadership. Thus, her influence goes far beyond the date of her retirement.”

Weimer’s last day as the district’s second in command is set for the end of January. She looks forward to enjoying some quality time with her grandkids, traveling and doing some volunteer work in the community.